The South Korean film Parasite, winner of four Academy Awards (including “best picture”) and the Palme d’Or at the Cannes Film Festival, has piqued the interest of critics and enthusiasts alike, to the point of becoming a topic even among young people and newcomers to cinema.

We worked on its promotion, developing a social strategy based on creativity and linked to the work of the dedicated online press office.

The 2019 breakthrough film was distributed in Italy by Academy Two in November 2019 and returned to theaters to coincide with its Oscar victory in 2020.

The paradoxical story of the Parks and their “parasites”, between thriller and comedy, enriched by a Made in Italy note (“In ginocchio da te” by Italian singer Gianni Morandi in one of the film’s key scenes) has managed to conquer the web, social networks and online magazines, as well as Italian viewers, generating very high levels of engagement and awareness.

The creativity, planned for social media, also included the management of Digital PR and social ADV activities, targeted and aimed at supporting the already great participatory enthusiasm of users. 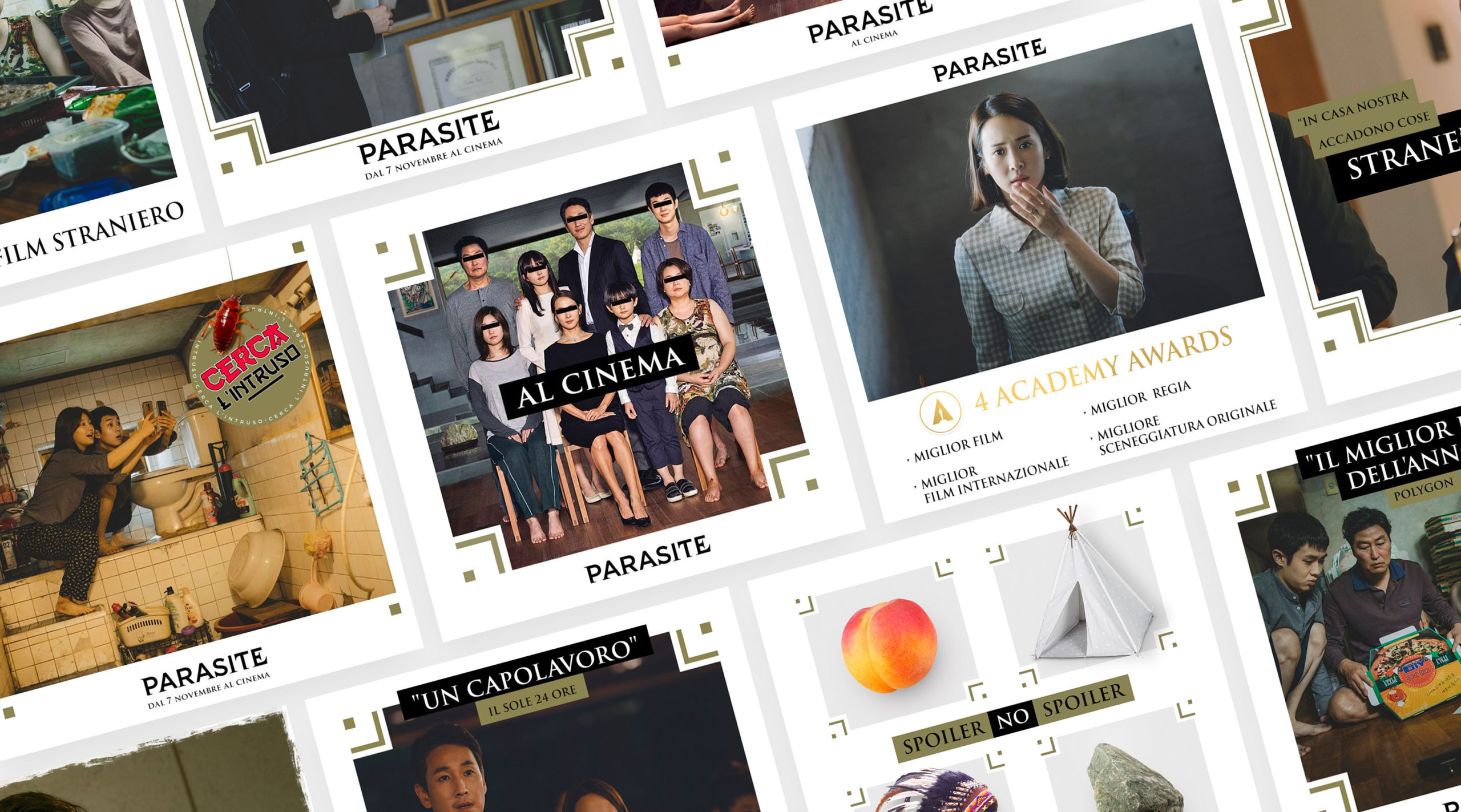